Eve Ensler’s The Vagina Monologues (Villard, 2008), written in 1994, was such a powerful text that Ensler put it on stage. In doing so, her work became a phenomenon that inspired V-Day, a global movement run by activists in an attempt to end violence against girls and women. Based on 200 interviews that took Ensler from the suburbs of Queens, NY to distant villages of Africa,The Vagina Monologues is a testament of the complex and often trivialized experiences women have, not only of themselves, but also of their own body parts.

This book is not what you think it is. It’s not just about the need to love ourselves, or the central body organ whose name we whisper in shame. It is a celebration of women, a celebration of the vagina, but it’s more than that. It’s a penetrating reminder of our place in society—whether we live in the United States, wherein we are seemingly free, or in places like Haiti, the Congo, Iraq, Afghanistan, Egypt, India, and parts of Europe where women are raped, beaten, prostituted, mutilated, sewn up, cut off, murdered, and permanently silenced by the fear that is ingrained in them from infancy.

There are parts in the book that are sad, like the story of an older Jewish woman who recalls having a spontaneous orgasm while kissing a boy in his car. It was her first one. He ridiculed her and called her names, and the impact of his  disdain for her natural response made her a stranger to her own body and pleasure. She shut down every part of her—her heart, her body—and lived without knowing the kind of things that we need to know to feel loved, seen, felt. She lived like a ghost—in shame of the only organ in her body designed to give her pleasure and give life.

There are names that women give to their vagina—but it’s never just vagina. It’s some cute word like “Itsy Bitsy” or “Coochie.” It’s a domesticated and childish version of our body part that we have to  assign a different term for because saying “vagina” is “an invisible word—a word that stirs up anxiety, awkwardness, contempt, and disgust” (xl). Even Ensler notes the discomfort she felt in saying the word; how dirty it sounded—how unreal. And this is why her book is important to all women—it forces us to face our discomfort with a word that should be natural to our everyday vernacular, but isn’t. Why isn’t it? Why is their such shame in that one word—in that one organ? Why is penis a more natural word to utter than vagina?

In saying the word, “vagina,” over and over again, out loud, we give power to ourselves, as women. In repeating the term, we will realize, just as Ensler does, “that all the shame and embarrassment you’ve previously felt saying the word has been a form of silencing your desire, eroding your ambition” (xliii). When we cannot even give a proper—the real name—to our bodily functions, then we silence even them. We are in essence silencing our voices, our identities, and in doing so, we aid and abet those who wish to silence our power.

In her powerful text, Ensler brings focus to women who don’t know their vagina. They’ve never seen it, touched it, received pleasure from it. They know it exists, but it’s a foreign part of their body that they are disconnected from. And if we are disconnected from it, we are disconnected from ourselves. It becomes a thing that is only in existence for men—and men’s pleasure. Some of the voices that Ensler brings to life reveal the abuse this one organ receives from men. In these cases, the vagina becomes a receptacle of rage, violence, aggression, a battlefield upon which war is waged by men who revile women. For these women, the vagina becomes a place of darkness and pain—symbolically shut down and silenced, for it has known more pain than pleasure, more death than life.

This book is full of heinous narratives of abuse and derision, and it makes a sound and deliberate political statement: violence against women is rampant. It is pandemic. Saying the word “vagina” is not going to end the war on women, but it will bring us to life. In saying the word we are forbidden to say, we are calling attention to ourselves and saying, “we are here; we exist.” By shutting down our bodies—the shamed, abused, and mutilated parts of us—we are surrendering to the will of patriarchal force. When men abuse women, and women cower in response, they have won.  We are afraid. We fold into our selves, our estranged body parts, and go into hiding. We hide in that which we are ashamed. And this is how we lose power—political, social, and emotional.

According to Ensler, “I say ‘vagina’ because I have read the statistics, and bad things are happening to women’s vaginas everywhere: 500,000 women are raped every year in the United States; 100 million women have been genitally mutilated worldwide” (xlii). Saying “vagina” is the first step in acknowledging our authentic selves.

When Ensler interviewed a series of “Comfort Women” between the ages of 70 and 90, they recounted their experiences in being coerced, abducted, or lied to by Japanese soldiers during WWII. There was nothing “comfort(ing)” about being forced into prostitution. This part of Ensler’s book is graphic and demonstrates the levels of violence women endure—even in the present, since sex slavery continues to thrive throughout the world. Ensler gives them a voice, and in her interview, their own voices, once silenced by the abuse they suffered at the hands of men, chanted “PUKI” in unison, which means vagina in their language. This is how they reclaim their bodies, their rights to their bodies and their voices, both of which never belonged to them. And we all need to reclaim our power—our bodies—in the same way, because with each growing day, the numbers of rapes, genital mutilations, domestic violence, murders, honor killings, sex slavery, and rage towards women continue to increase.

Previous GETTING READY FOR WINTER SCHOOL 2018

Next A HISTORY OF THE WIFE

Who owns Newspapers in South Africa 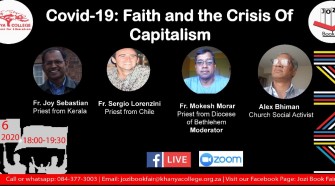