The earliest South African newspapers dates back to the white settlements, in the mid 1600s around Cape of Good Hope. The newspapers were written and edited by whites for white readers only and they only included stories coming from England, Netherlands, France and Germany. During this time there was no newspaper which included indigenous people (Black South African). All the newspapers were written in English and Afrikaans so it was difficult for black people to read because most were unable to read the two languages, let alone to write. In the 1800s, the governor of the cape colony established a publishing house for the government which was controlled by Cape Town Gazette and African Advertiser. The first privately owned newspaper was edited by Thomas Pringle and John Fairbairns, it was called the South African Commercial Advertiser. The SA Commercial Advertiser was published in 1824 followed by the De Zuid- Afrikaans published in 1830 which was the first Dutch language newspaper. The first African language newspaper was published in 1837, known as Umshumayeli Wendaba and the first Afrikaans language newspaper published in 1876 and was called Die Afrikaanse Patriot. According to a South African Audit Bureau of Circulation (ABC) survey in 1996, “there were 36 daily and weekly urban newspapers in the country 29 in English, four in Afrikaans, two in IsiZulu and one in IsiXhosa”. Historically, there are lots of newspapers written in indigenous language by local and community newspapers. However, now newspapers and media houses have been monopolised and are owned by a few. The large three publishing groups are Avusa, Naspers, Independent news and media which are owned by Sekunjalo Investments and lastly is Caxton.
http://www.pressreference.com/Sa-Sw/South-Africa.html

Previous THE Role of Newspapers

Next Who owns Newspapers in South Africa

Launch of Homesoil In My Blood 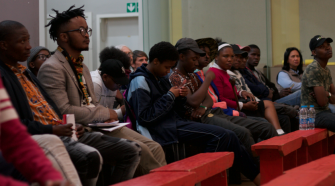