The Jozi Book Fair is proud to welcome a new patron. Dr Pali Lehohla was born in Lesotho in 1957. A double major graduate in Statistics and Economics, he obtained his degree from the National University of Lesotho before studying for his post-graduate studies in demography in Ghana from the United Regional Institute for Population Studies (UNRIPS). For this he was doubly awarded his Senior Executive Programme by Wits and Harvard Universities.

He served  as a UN envoy to the Census of Cambodia in 1998.  He undertook a Population Census readiness mission in Afghanistan in 2008 and another in Iraq in 2009.  He is Vice President of the International Statistics Institute (ISI) and led the hosting of the 57th Session of the ISI held in Durban South Africa in 2009.

Dr Pali Lehohla is South Africa’s first Statistician General of Statics South Africa (StatsSA), a position he held for seventeen years, since November of 2000. Under his leadership he has established partnerships with universities in South Africa in advancing tuition of statistical training, research and applications in state planning.  Of note is the establishment of the Centre for Regional and Urban Innovation and Statistical Exploration (CRUISE) at the University of Stellenbosch.  Under the auspices of the Africa Census Analysis Project (ACAP), he initiated a series of publications on the Demography of South Africa as primary tuition material for higher learning and advancing pan-African scholarship.

He was the Chair of Africa Symposium for Statistical Development (ASSD), a country led initiative established in 2006 and the aim of which is to put statistical evidence at the centre of policy in Africa. He was Chair of the United Nations Statistics Commission, Chair of Statistics Commission Africa and also Chair of PARIS21, a global partnership for statistical development in the 21st Century. He is also the  Chair for the Sub-Group on Harmonization of Statistics in Africa. Dr Lehohla holds Honorary Doctorates (Doctor of Commerce ) from the University of Stellenbosch and Doctor of Science from the University of Kwazulu-Natal.

How to write stories about soccer 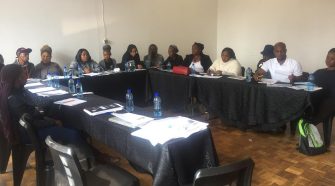