Nise Bulelwa Malange is an activist, who uses the medium of film and television to conscientise the world on inequalities and injustices suffered by the working class, such as gender based violence and xenophobia. She obtained her Diploma from Zimbabwe in Creative Writing. Specifically focusing on script writing, film and video production.  Malange has served on many boards of trustees, like being the former Trustee and Vice chairperson of NedBank’s Initiative, Arts and Culture Trust.

Position of Women in Newspapers

MY CLASS IN YEARS 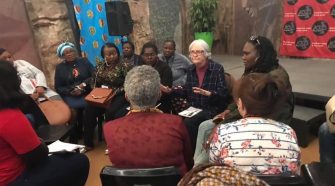