Kopano Matlwa was born in Mamelodi Day Hospital in 1985. She is the eldest of three children. She is a medical doctor and the author of three books – Coconut, Spilt Milk and Period Pains. Kopano was one of the Mail & Guardian’s “100 young South Africans you must take to lunch” list, two years in a row.

At high school Kopano was selected as Head Girl, achieved full academic colours and matriculated with seven distinctions. She studied medicine at the University of Cape Town (UCT).

Besides her support work with Student Healh and Welfare Organisation, Kopano was also a member of the Clarinus House Committee, an orientation leader and member and mentor of the Golden Key National Honour Society.

In her second year at medical school Kopano was selected as one of eight Goldman Sachs Global Leaders and represented South Africa at the Goldman Sachs Global Leadership Institute in New York. While studying for her degree in medicine, Kopano started writing her first novel in 2003. She was influenced by discussions with her sister, Tumelo, and realised the need for people to address uncomfortable issues.

Several publishers rejected Kopano’s novel but she persevered, and her debut novel Coconut was a success. Coconut is about the lives of young South Africans in post apartheid democracy, and the challenges of colour and class. Coconut, published in 2007, won the EU Literary Award, a publishing contract with Jacana Books, when Kopano was just 21. Kopano also won the JD Baqwa merit award.

Kopano completed her second book Spilt Milk before she graduated from medical school in 2010. The book made it onto the Sunday Times Fiction Prize long list in 2011 Sunday Times. Her recent novel, Period Pains, was published in 2017. Kopano’s favourite author is Toni Morrison. 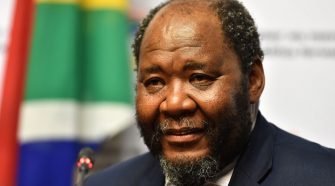