The Jozi Book Fair celebrates its 10th year anniversary by show casing a seminal photographic exhibition: The Cordoned Heart. The exhibition is a product of the photographic project of the Second Carnegie Inquiry into Poverty and Development in Southern Africa.

This great exhibition of photographs of the working class in South Africa during apartheid sparks a discussion on whether conditions have changed since the 1994 democratic elections or do working people in South Africa still find themselves in abject poverty?

The photographic project headed by artist and activist Omar Badsha who is Curator, has become a travelling exhibition that brings a rich archive of photographs of the life of the working class in the townships. The exhibition comprises of 20 photographers and a total of 380 photographs.

The Exhibition will run until the end of September 2018

Next #Pass On the word: Open Mic competition 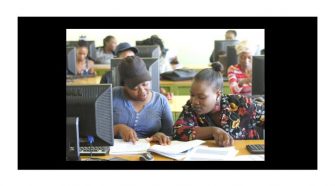 OVC that works with JBF