This year the Jozi Book Fair will host four worker poets from Sweden, to celebrate the 10th anniversary and the theme, Literature and Working People. All four poets are part of the working class and use their writings to advance the struggles of working people. Three of the poets – Emil Boss, Jenny Wrangborg and Magnus Gustafson – are members of Föreningen Arbetarskrivare (FA) (Association of Working Class Writers).

According to the chairperson of FA, Ewa Bergdahl, “We are honoured to be invited to the Jozi Book Fair in Johannesburg. We fully support your initiative and are convinced that both our countries will mutually benefit in developing working class literature together; and our participation will hopefully deepen relations between our countries.

Khanya College has a solidarity relationship with Sweden for more than 10years, working with Afrika Groups of Sweden, ABF (Workers Education) and Olof Palme. In 2013 the JBF exchange programme with the Gothenburg Book Fair was supported by the Swedish Arts Council and included discussions about publishing and running book fairs. The worker poets at the JBF are supported by the Swedish Institute and the Embassy (Pretoria). We look forward to deepening the cultural exchange, especially between the working people of Sweden and South Africa.

All four poets will host workshops, perform and participate in panel discussions at the fair. See the fair’s programme on: www.jozibookfair.org.za.

Magnus Gustafon is a Swedish literary scholar, who professionally works as a author, poet and journalist, having worked for various Swedish newspapers. Both in his personal publications and writings for print, his works are focussed on the creation of social democratic movements. Two years ago he published Memoarer, a poetry collection remixing Social Democratic memoirs. Gustafson was a board member of the solidarity movement Africa Groups of Sweden (AGS). 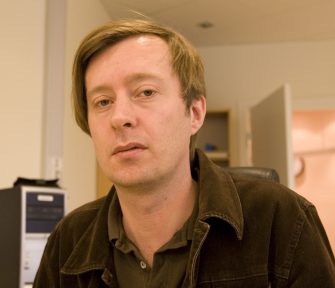 Mrs Jenny Wrangborg (born 1984) is a cook and a poet. She lives in Stockholm and has worked in kitchens in Sweden, Canada and Norway for 14 years. Her poetry and prose is about working conditions in the restaurant industry and the struggle to unionise a sector where workers are unorganised and employers are ruthless. Her collection Kallskänken (Cold Buffet 2010), was a huge success. Some of her poems have been composed to music. Her latest collection Vad ska vi göra med varandra (What to do with each other, 2014) is about a society falling apart, but her poems are hopeful that everything can be changed. 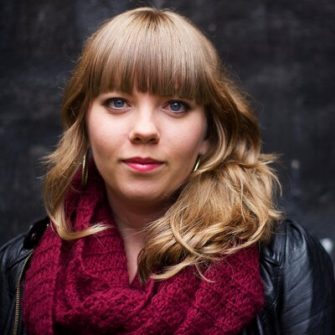 Athena Farrokhzad was born in 1983 and lives in Stockholm. She is a poet, literary critic, translator, playwright and teacher of creative writing. She published her first volume of poetry in 2013, Vitsvit (White Blight) around issues of revolution, war, migration and racism, and how these experiences condition the lives of different family members of a family. Farrokhzad has translated writers such as Marguerite Duras, Adrienne Rich, Monique Wittig and Nicole Brossard into Swedish. In 2015, *Trado*, poetry written together with the Romanian poet Svetlana Carstean, was published. 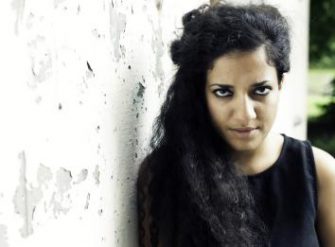 Emil Boss is a poet, and author of Acceleration. Boss (born 1979) is a union activist living in Stockholm. His book Acceleration, is about work and resistance at the wine retailer Systembolaget, where he worked as a cashier for 15 years. It tells the story of a protest strike and about international solidarity with Western Cape farm workers producing the wine that the Swedish workers handle. Acceleration is nominated for the Swedish radio poetry prize. Emil was rewarded the Solidarity prize (2017) by Afrikagrupperna together with two co-workers. 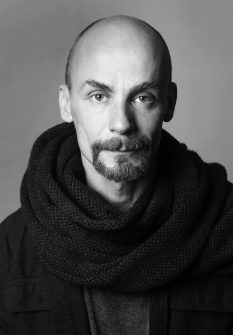 All four of these worker poets are part of the Jozi Book Fair 2018, and will participate in this year’s fair in various capacities. Whether it is hosting workshops, discussions, and performances- they will all be at the fair. To see where you can catch them, the fair’s programme can be found on: www.jozibookfair.org.za. Remember the fair takes place from the 30th August 2018 – 2nd September 2018, at Mary Fitzgerald Square, Newtown.

Pass On The Word performance by Belita Andre 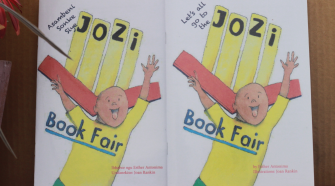 let’s Go The Fair in isiZulu and English