Marilyn Yalom’s A History of the Wife (HarperCollins, 2001).

A scholar and writer focused on deconstructing the ways with which institutions have normalized archaic attitudes toward women, Yalom uses this book to examine the role of the wife beginning from Ancient times all the way to the new millennium—when this book was published. In the present, women have choices. This is the new feminism. Women earn degrees, get top-notch careers, and if they choose to, leave those high-paying positions in order to assume the “traditional” roles of women—wife and mother. This is a choice. Today’s women are not thrown into these roles with the kind of force and limited objectives of the past. In the past, women had no choices. Becoming a wife and a mother was their destiny—and all other goals were deferred or completely let go. But even today’s women have the same problems that Wade refers to: inequality in marriage. Being a wife today is a choice, but once women become wives, their role within the home is prescribed and enforced. Wives—no matter the era—still have the same tasks: children and housework. And no matter how progressive the husband—or the couple—the men tend to do less with both.

This is not to say that men aren’t stepping up to the plate of domesticity and taking responsibility for their children. Some are. But when it comes to most childcare issues and housework, these are still tasks allotted to women. Yalom counters the argument that even though men have taken steps toward equality in marriage and domestic responsibilities, “they have not yet become full partners as caretakers and homemakers, while most women are working as hard as the men in the workplace and slowly narrowing the gender gap in earning power” (xv). When it comes to women entering the workforce, they are exceeding the requirements placed upon them by the public spaces of masculinity. They’re hard-working, ambitious, and tenacious. Men, on the other hand, when asked to contribute to their family in ways other than financial means, aren’t as motivated. While women gain power, men perceive the domestic sphere of wives and children as lacking in power, and they are not as willing to lower their standards or “reconceptualize [their] masculinity” by doing women’s work.

But there was nothing wrong with it when women were doing it—when women were simply wives and mothers. It is a lowly placed designed for women—and they have assumed these roles, as Yalom points out, for centuries. According to Yalom, “From the biblical days to the 1950s, it was a husband’s duty to provide for his wife. She, in turn, was expected to to provide sex, children, and housekeeping” (xiv). Beginning with Judeo-Christian ideology and its representation of Eve, Adam’s “other,” formed from him and for him, and leading into the 1900′s women did not have the choices we have today. The men in their lives, whether they were fathers, husbands, uncles, or sons were the masters of women’s fate. Men governed inside and outside the home. Wives did as they were told, or else they suffered consequences the likes of beatings, rapes, or divorce.

Today, women primarily marry for love, not for status or protection. And yet, as soon as we choose love, choose marriage, choose to stay at home with our children, we also choose the kind of marriage that is as “ugly and anti-woman” as Lisa Wade describes it. Aware of how marriage continues to uphold sexist norms of women, Wade chooses love over marriage. She does so because she can; it’s her choice. But she also chooses this because she is aware of how marriage is an old institution that forces men and women to subscribe to old styles of living. Husbands and wives, no longer lovers, preserve attitudes that were established in patriarchal roots, steeped in religious and ideological beliefs prevalent circa ancient times. Yalom asserts the same concerns in her chapter on “Toward the New Wife, 1950-2000.” Marriage is often viewed as more of a positive experience for men, but not so for many women because it “is not yet truly equal…wives experience greater stress than husbands from their career/family obligations, and that women put more time into caring for children, aged parents, and sick relatives” (394).

Ten years after the publication of Yalom’s book, it is interesting to find that not much has changed. What is changing, slowly, is the way we perceive our roles as women and as wives. The choices that we have today offer us individual and unique ways with which to redefine “wifehood” for ourselves. As Yalom states, “To be a wife today…is a truly creative endeavor” (400). No one knows when we will completely rid society of its dependence on the “little woman” (400) idea that persists even in the present post-feminist era, but a new kind of wife is on the horizon as we endeavor to balance work, life, and family to suit our individual needs.

Next THE STORY SISTERS 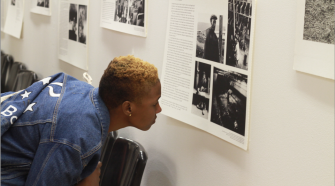